Former Nigerian winger, Waidi Akanni is worried that Super Eagles are experimenting less than 16 days to the kickoff of the 2013 AFCON in South Africa.

The Eagles, who start their Africa Cup of Nations campaign on January 21 against West African opposition, Burkina Faso in Nelspruit, are yet to come up with their 23-man squad required for the biennial football showpiece. 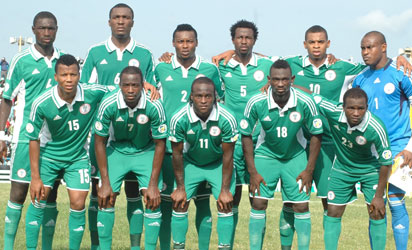 Akanni said the fact that Nigeria are yet to name our 23-man final list cast serious doubt on the team’s readiness for the 2013 Afcon in South Africa.

“Compared with other countries coming to the Nations Cup who have selected their 23-man squad it shows that we’re not ready for the Afcon challenge.

“We’re still parading the 32-man list and not all the players have shown up. Some are being waited for and the fact that the coach is waiting to see all the players before naming his final list is cause for worry.

“First, seeing a player and the player being certified fit for the challenge is another thing and the time for thorough examination appears not to be there.

“I think others look way ahead prepared than us,” said the former Flash Flamingoes’ attacking winger to supersport.com.

Akanni expressed doubt about the capability of the Stephen Keshi’s team grabbing their third title in South Africa.

“Going by the records we posted in the last few years and the fact that we were absent in the last edition our chance of winning the third title is very slim. I think the presence of Cup holders, Zambia, Ghana, Cote d’Ivoire, South Africa, among others, make it tougher,” he said.

Mandzukic back in Serie A with leaders AC Milan

ROME – Veteran striker Mario Mandzukic has joined Serie A leaders AC Milan and is returning to the Italian top flight he had left in 2019. “AC Milan is delighted to announce the signing of Mario Mandzukic,” the Rossoneri said on Tuesday on their website. “The club and the striker have agreed on a deal […]

The Saudi-led coalition carried out air strikes in Yemen against two Houthi targets in Sanaa, the capital, its spokesman said on Wednesday.The coalition said the strikes targeted a Houthi drone-manufacturing plant and a warehouse containing launch pads…