Sharon’s got a boyfriend!’ would be a colourful way to introduce this piece. It would help you transcend beyond the kid actor image of the five year old talent  who starred in the 1997 movie, Narrow Escape,  to the 20 year old young woman who took time off her busy schedule to share her story with Showtime Celebrity. Of course, Sharon’s got a boyfriend. But that’s just a tiny portion of the maturity that this quintessential actress exhibits. As the Dear Mother star talks about her past, present, and future as well as romance,  Nollywood and fashion,  see for yourself  how grown up she  has become.

It was fun. My mum always tells me that if you do what you love, you’ll never have to work a day in your life. I love hitting location,  going through my script and interpreting my role.  Combining it with my studies  wasn’t really easy, but God saw me through. I had amazing grades in school, and I was one of the best in my class.

What is the difference  between when you were growing up and now?

I think people are beginning to take the industry a lot more seriously. I remember when I was still a kid actor, people thought Nigerian movies were jokes and nothing to write home about. But now, it’s so good when you go to the cinemas and you see people going to see Nollywood movies.

People are beginning to see Nollywood movies and know that we are not here to play, that we are here to provide Africa with this amazing movie industry. There’s still so much we have to do, and we need to work on, but we’re getting there. Now, we have really good movies that we can be proud of, script writers that are amazing and directors that are awesome.

Do you think there are some things you missed out on as a child because you started your career early?

My parents were very supportive, and they knew that being a child actor was going to take up a lot of time, so in their own way, they helped me have a normal childhood. I did everything a child is supposed to do. I played with my friends,  I had a very good childhood, I didn’t miss out on anything.

We heard that you took some time off to ‘reinvent’ yourself, what was that about?

I have been acting since I was 5, and even though I’m  20 now, people still see me as that little girl. So, I took a two year break to do other things, get more mature, and explore other areas of the media. I worked in a fashion magazine for about a year, FAB magazine. After that I took a break before I debuted on the M-net show, The Johnsons.  On the Johnsons, I play a really young character who is fifteen.

How difficult has it been for you to prove to people that you’re no longer a kid actor?

It’s not such a big issue for me. I know it’s not going to be so easy to shed off that kid actor image. I’ve realized that a lot of kid actors especially outside the country tend to go the exact opposite route so they can get out of that image. But I don’t plan to that because I’m not a loose person. But it is sort of weird when people say things like: “You’re so grown up now.” 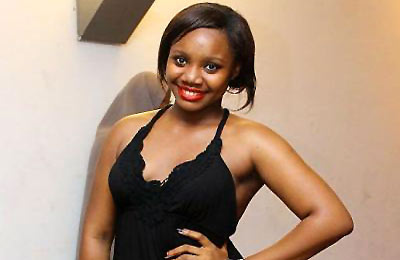 And I’m like “yeah, I’ve been acting since I was five, I was supposed to grow up.” It is funny, but it’s to be expected, so it doesn’t really surprise me. It’s not like I’m tired of playing young characters but it would be nice to play older characters because I’m getting older. I’m trying to get my management team to get me projects that I can play older characters.

What’s your dream role at the moment?

Fifty shades of grey. I would give an arm and a leg to play Ana Steele, the lead girl in the movie, because I love the progression of her character. It’s just that the production is all the way in Hollywood and the character is white. More realistically, I am looking forward to playing roles that will challenge me. Roles  that are different from who I am in real life. And there are very few characters like that.

Naturally I’m daring, adventurous, simple, nice;  I’m a whole lot of things put together, and I would love something that would push me beyond my limits. Creativity should not have limits or  boundaries. You should be able to push beyond what you think you can do or what you’ve done before. So, whatever I haven’t done before is ideal for me.

Do you have any plans to further your education outside  the movie industry?

I finished secondary school before I was sixteen, but I decided not to go to the university. The reason is that there are no higher institutions that teach film making as a course,but  Theatre Arts. I didn’t want to study Theatre Arts. I want to study film making from a director’s perspective. I already know what I want to do with my life, that’s something I think a lot of young people lack.

I have friends that tell me how lucky I am that my parents are very understanding, how they wish they didn’t go to school to waste time on something that they don’t love. What’s the point in going to school for four years, studying something that you aren’t going to use, and then dumping the certificate somewhere? It doesn’t make any sense.

Do you want to go behind the camera anytime soon?

Yes, I want to go into directing before I turn 25. That is why I want to go to the New York film Academy, at least before I get to that age. I know I’d be ready to start directing my own projects at 25, so I want to get a lot of experience. I think directing is way more serious than people think it is.

So I’d like to learn it from professionals, and then try out experiments of sort, before I do something of my own I write, but I don’t really enjoy it as much. I’m an imaginative person, so of course I need to put  my ideas down. But when I do, I get bored. So it’s much easier to work with someone that writes, and I can tell the person what’s in my head.

What else do you plan to do before you’re twenty five? Get married, have kids?

I’m not in a hurry to get married at all. Hopefully if everything works out, I’d settle down before I’m 27.

Don’t you have a boyfriend ?

I do have a boyfriend. But I’m not saying anything about him. I am keeping my private life out of my career.  All I can say is that he’s a guy, and he’s a couple of years older than myself.  We just started dating.

Is he someone you can marry?

Can you marry someone in the industry?

Yes I can. I would actually love to marry someone who does what I do; who is somehow involved in the media. Because I have found out that only someone who is involved in the business can understand what we do, and I wouldn’t want my husband to complain about how I’m never around, or how I travel too much. I can’t deal with that kind of pressure.

Have you ever had a crush on anyone on set?

No I haven’t. The thing is, I’ve been working since I was two. I started out as child model before I went into acting, and I have learnt over the years to handle  my work professionally. I do not mix business with pressure.

Who would you choose as a male co-star for a romantic movie?

From Hollywood, it would be Robert Pattinson. I love him, he takes my breath away. In Nollywood, I don’t know. Most of the guys that do all the romantic scenes are older than myself. We don’t have a lot of young actors in Nollywood, and I can’t say that I want to play a romantic scene with Ramsey Noah, that would just be weird. Hopefully, very soon, there’d be one.

Who are you looking forward to working with?

There are quite a number of people, but topping my list is Nse Ikpe Etim. I love her. I only started watching her movies earlier this year, and she’s flawless. I would really like to work with her. I’d love to work with Genevieve. She’s a living legend who’s been there for so long, but is still very relevant.  The directors I’m looking forward to working with are Kunle Afolayan, and Mildred Okwo. I always go to see a Kunle Afolayan film. He does amazing work. Those are the ones I can remember for now, but there are lots of people.

Who do you look up to at the moment?

Natalie Portman.  She’s really versatile. I fell in love with her in Black Swan. I like the different actors in Nigeria for different reasons, but I’m not sure if there’s anyone who entirely embodies all that I see in my future.

What do you see in your future fifteen years from now?

I see a girl who is going to be a living legend. I work really hard, and hopefully God will reward my hard work. I also see myself married with a couple of kids. There’s so much I want to do; own my media company, own a fashion line because I love fashion. We’ll just have to wait and see.

Tell us something that people don’t know about you?

People don’t know that I’m a very quiet person. I’m extremely quiet. A lot people think I’m a snob, but when they get to know me, they realize that I really am a nice person.

Nollywood recently lost a veteran actor, Enebeli Elebuwa, did you ever work closely with him?

When I heard what had happened, I was very sad, because he was a fantastic actor; very amazing to work with. I hope that God comforts his family and help them get through this difficult time, because I know it must be really hard to lose someone that you love.

The Edo State Skills Development Agency (EdoJobs) and Africa Magic have entered into a partnership for the production of a new Television series that will draw talents from the state’s growing film industry.Managing Director, EdoJobs, Mrs Ukinebo Dare,…

The Nigerian Stock Exchange has sustained its growth for the second day this week.The exchange which began in the week on the negative rose by 0.93 per cent on Thursday.Market capitalisation opened at 12,101 trillionNaira closed at the end of Thursday’…

The National Assembly has said that the criticisms often leveled against the administration of the State House especially in respect of the State House Medical Centre are unfounded.Speaking with correspondents after inspecting facilities at the Medical…