Nigeria football federation have not received any communication from Chelsea regarding the release of players John Obi Mikel and Victor Moses.

Chelsea boss Rafa Benitez was quoted as saying that he will delay the duo till January 9, when their FA Cup tie against Swansea and Southampton are decided.

“The tournament starts on the 19th (January), so they will go one or two weeks before,” he said. 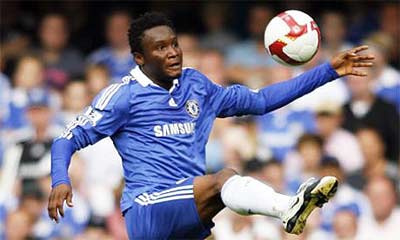 “Maybe we can manage to keep them a little bit longer. We will talk with them. They know sometimes the players do not need to go early.

“But at least one week before the 19th, they have to be there.”

NFF spokesman Ademola Olajire confirmed that the federation is in the dark over the players’ movements.

“We have not been contacted by Chelsea over their wish to delay the release of our players for the Nations Cup,” stated Olajire.

“The players are expected latest by January 4 according to the plan and schedule of the coach, so if anything will change, we have to be notified by the club.”

‘The Blues’ will start their defence of the FA Cup at Southampton on January 5, four days before the first leg of the Capital One Cup semi-final at home to Swansea.

The Jigawa State Primary Healthcare Development Agency (JSPHCDA) says it is targetting 1.7 million children in the first round of 2019 polio immunisation campaign across the state.The Executive Secretary of the agency, Dr Kabir Ibrahim, said in Dutse, …

Crucial indices of the Nigerian Stock Exchange (NSE) on Friday grew by 1.06 per cent, sustaining a positive outlook for the second trading day.A breakdown of the price movement chart shows that Dangote Cement led the gainers’ table growing by N5.50 to …