Some notable football stakeholders in the country on Monday stressed the need for  Super Eagles handlers to present a formidable team at the forthcoming 2013 Africa Cup of Nations (AFCON) in South Africa.

They spoke with the News Agency of Nigeria (NAN) in telephone interviews in Lagos.

Christian Chukwu, a former Super Eagles Head Coach, stressed that Stephen Keshi should be given a free hand to pick a team of his choice to represent the country at the tournament. 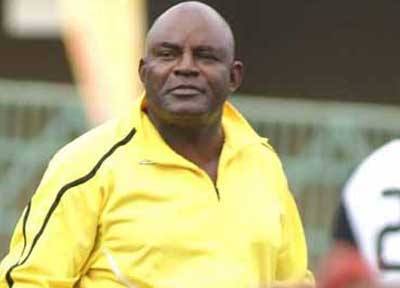 He added that the country abounds with talented players and as such, could not be held to ransom by anyone for not being selected to represent the country at the continental championship. The former coach also commended the Nigeria Football Association (NFA) for its proactive stance in the arrangements of logistics for the team.

“Keshi knows these players better than anyone else and he knows their abilities, so it will be wrong for anybody to impose any player on him, irrespective of the name. “The only thing I know is that Nigeria can do with or without any player. He believes in the ones he has called up because he believes they can give him results.”

In the same vein, Wahid Akanni, a former Green Eagles midfielder, hailed the NFA for the pivotal role it had played in getting the team qualified for the  football tournament.

“The NFA is acting in the way that it should act and the result is there for all to see.

Meanwhile, Henry Nwosu, a member of the victorious Green Eagles squad that won the AFCON in Lagos in 1980, harped on a painstaking preparation for the tournament.

“With early preparation, I believe Keshi will have more time on his hands to properly assess the performance of his players.”

I have not left APC for APGA – Ojukwu jnr

Mr Chuwkwuemeka Ojukwu Jnr has dispelled rumours that he has rejoined the All Progressives Grand Alliance (APGA).Ojukwu debunked the allegation in an interview with newsmen in Awka on Wednesday.He said he was surprised at the rumours which started afte…

Plans are in top motion to host a 21-kilometre international half-marathon race in Ibadan, Oyo state.The State Commissioner for Youths and Sports, Abayomi Oke made this disclosure in Ibadan on Thursday.The marathon would centre on the city’s seven famo…