Celebrated athletics grassroots coach, Tobias Igwe has called on the sports governing body in Nigeria to pay more attention to the field events rather than continue in the tradition of cushioning the sprints.

The coach, fondly called Toblow by his admirers, urged the Athletics Federation of Nigeria to take a  holistic approach as it attempts to re-engineer athletics in 2013. He noted that at the last national festival in Lagos, the throwing events revealed a bunch of talents that could be trained to do well in the fields dominated by South Africa and Egypt on the continental level. 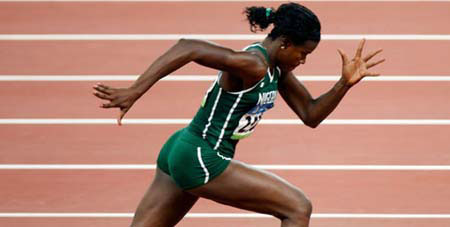 “There are abundant throwing talents here. What we only have to do is to create competitions for them.

For instance at Eko 2012, there is one boy I brought from Abia, Eze Kalu. We only trained for four months and he was able to pick up silver. He was denied the gold by Austin Nwoye, the boy that went with the Nigerian team to the world juniors in Barcelona, Spain last July.

This is why I am so sure that we can raise African and World Champions if we begin to look inwards.

In fact if we can create competitions for these boys and girls, coupled with the right coaching and equipment, I don’t see why we cannot compete favorably with other countries who are also making in-roads into our traditional stronghold, the sprints,” said coach Toblow.

He posited that he would have loved to renew his vigour in discovering grassroots talents, but he has been left desperately hopeless, after he was thrown out of job by Abia.

“For months I have not been paid my entitlements. I am being ravaged by poverty and I find it so amazing that a country I have served so well would let me degenerate like this,” Toblow lamented.

By Osaretin Emuze
Chairman of the Christian Association of Nigeria (CAN), Plateau state branch, Reverend David Bamidele has lamented the falling standard of Handball in Nigeria, despite the abundance of talents in the country.
Speaking with Saturday V…

The Ogun Police Command says the footballer that was killed on Saturday was knocked down by a hit-and -run driver and not by a policeman as widely reported.The state Police Public Relations Officer Abimbola Oyeyemi made this known in a statement made a…

As India and Pakistan seemingly dial down hostilities that brought the arch enemies to the brink of another war, a massive crackdown on militancy in the Indian-controlled Kashmir region is killing both militants and security personnel in big numbers.At…