Former spokesman of Nigeria Airways Limited and Managing Director of Belujane Konzult,  Mr Chris Aligbe has said military aircraft operations are not subject to civilian supervisions and therefore Nigeria Civil Aviation Authority (NCAA), should not be held liable for failure in oversight duties. He also cautioned Nigerians to dismiss speculations making the round that the nation’s airspace is not safe.

Mr Aligbe  said this while briefing aviation reporters in Lagos . This is coming on the heels of last Saturday Helicopter crash in Nembe, Bayelsa State that killed the Governor of Kaduna , Sir Patrick Yakowa, the former National Security Adviser, NSA, General Andrew AzaziI and four others on board the chopper. He explained that because military aviation is self regulatory, it is outside the purview of the NCAA, and so, the regulatory authority does not determine the nature of military aircraft operations. 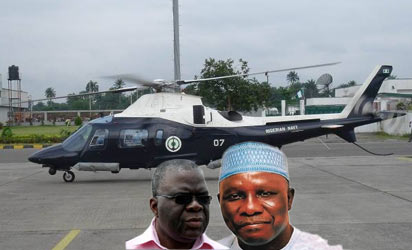 He said ‘’ some are beginning to question if the NCAA is actually doing what it is supposed to do, beginning to question whether the policies emerging from the ministries are the right policies to guide the industry you know that kind of a thing and I say that there is a kind of misunderstanding in it because there is a whole lot of different between the civil airline operation that is civil aviation and military aviation which is military, para military.

First and foremost we don’t know what happened with the aircraft and I think no professional should be talking about what may have happened to the aircraft because this is not the time that you begin to speculate because that is not a global standard”.

He further said the suggestion by some that the helicopter crash may have cast doubt on the integrity of air safety in Nigeria is not correct. ‘’I want to say that the government has done a lot since 2005 and 2006 which were the worst years of civil aviation because of the accidents that occurred then.

He explained that  because military aircraft do not fall within the purview of the NCAA, even the Accident Investigative Bureau(AIB), is not empowered by law to investigate military air accidents. He said :” There is institutional difference in oversight of both military and civil aviation operations.

All the aviation agencies have no iota of responsibility over military operations. Even the AIB cannot investigate military air accidents. They do not come under the inventory of the NCAA . The military are self regulating, they train their staff to the highest level. The military has full compliments over the regulation of their aircraft.”

He further urged the military to build internal capacity for their aircraft, even as he said the culture of self regulation by the military requires tremendous institutional will power.

The Bill and Melinda Gates Foundation has denied bribing members of the House of Representatives for the passage of the ‘Infectious Diseases Control Bill 2020″ that drew controversy among Nigerians. The Foundation in a letter signed by the Director, Nigeria Country Office, Paulin Basinga, stated that, it has nothing to do with any alleged financial […]

Nigeria’s headline inflation rate measured by the Consumer Price Index (CPI) was down by 0.07 percent in January, 2019, the National Bureau of Statistics (NBS) announced in its CPI.The bureau made the announcement in its CPI and Inflation report for Ja…