Tolulope Abraham Adesina is a singer, producer, songwriter and  lover of the arts who originates from Ogbomosho in Oyo state. He  grew up and lived in Kaduna but is presently  based in Lagos . In this  chat with  IYABO  AINA,   Tolu speaks  about his music and his plans.

My names are Tolulope Abraham Adesina  and I was MTN Project Fame ex-contestant in 2010 . I was on the same set with Chidinma .I was born and raised in Kaduna until 2010 when I came to Lagos for the MTN Project Fame. I’ve been singing since I was 11 and my first background in music was in Baptist Church children ‘s choir where I was taught  how to sing and perform and by the time I was 16years, I had my first major performance at a grand opening at House on the Rock Jam Mega Festival in Abuja . That is at the stadium where I sang the national anthem and everybody was like  blown away because of my girlish voice  and since then, it’s been a wonderful journey .

Also I’d  been to about seven other competitions before MTN Project Fame.  I was at Nokia First Chance; West African Idol and so many of them and singing  to veterans like Donnie Mclurkin, Kim Burrel at B.E.T auditions” but finally, Project Fame saw  talent in me and I went as far as I did .

Well, growing up in Kaduna was really nice for me because Kaduna  then used to be a very peaceful and loving society.  There were no religious crises and for me , it was a wonderful experience because I had loving  parents who supported me when they recognized the talent in me. Also, I grew up among  five siblings . I was  the first and there was only one girl amongst  us .So it was fun growing up .

Well it started  with love and passion for  music . I grew up loving and falling in love  with music because as a young boy, there was nowhere I heard music that  it wouldn’t catch my attention  and my Dad had a very huge music  library. It was as big  as a record store. He always played music and sometimes when I closed from school, I’d go there to listen to music  after my assignment, to an extent that I’d even forget to remove my uniform (laugh). 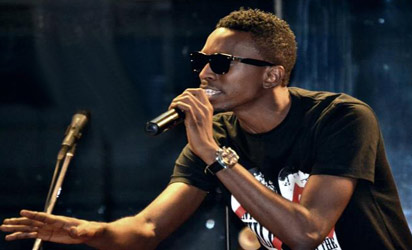 So I always played music  from the time  I returned  from school  till when was set to do my assignment. So for me , music started way back before anybody knew me. And then in 2010, people got to feel who Tolu is , they got to know who Tolu is and so far its been a wonderful journey .

Yes , I released  a song  after Project Fame called “Arewa’’ and it’s a beautiful song , a song about Nigeria’s beauty. Arewa in English means beautiful woman  .When I dropped the song, people loved it because of the sincerity in the word and the technicality of the music .

It was RnB and then, there was a lot of Yoruba in it.  People  loved it because it was indigenous and  international. Later, I dropped a video for it  and it was played in couples of stations like Soundcity , On TV, AIT,  to mention a few . I’ve also dropped lots of single like ‘’Wine it ‘’ and presently, I’m doing  a new song which are three singles in one

My kind of Music

I will say Tolu’s strength in music is RnB and soul .But Tolu has grown since 2010 and I’m doing a lot of music like Afro pop , Pop and RnB . So, I do all kinds of things that appeal to different kinds of people and this makes me to be three in one .So generally. I do three different songs that go three different directions .

It  was a lucrative experience . I learnt a lot of things about music . I learnt that to go beyond your talent,  you need to have a stage act ,  manage your stage well  and appeal to people when you are singing so they can feel your music other than just listening to your voice . Also, we had vocal training on how to improve  in our vocal strength and even all of  those  trainings are helping me because even now, I have a vocal studio myself and I’ve learnt how to manipulate and use my voice for the best .

Not winning the contest

I was crushed (laugh). I was very bitter about it and it  took me a while to recover from it because I spent three months in that house and everybody knew I was that good .A lot of people have different theory about what happened to me . Some people said I lost my passion  but I gave  my best show and I tried to be the best I could be at every given point  in time . I could remember that there was a week in the house that I lost my voice and my performance during that week wasn’t good and when I recovered from it, I gave my best . All the same, I’m happy for the winner because she ‘s doing so well . Chidinma is doing well and I’m proud of her because she’s growing and changing .But I’m also doing my own thing in my own corner (laugh ).

Compensation as one of the finalists

Yes , we were given some  thank you packages and a little cash to say keep on coming .

Tolu is three  things  presently: I’m a  producer, song writer and performer ;so these three things are what I find pleasure in .I produce artists to help them actualize their dreams and recently, I did something for Scales which  is  coming out in his new album ‘’Adaba’’. So, producing is a kind of  introducing the other side of Tolu to the world .

Why it’s easy is because they are right under the same umbrella , they are all around music . All of them complement each other .So, sometimes people come to me and say I like your song ,who produced it and I’d say I did and they will want me to produce for them. Some would say, I like your voice, I want to sing like you and I trained their vocal cords .

My hero in the industry

In Nigeria I look up to two people ;Asa and 2Face. I  believe in their style of music. They have a message because each time I listen to 2Face, no matter what he’s singing about, there’s always something to learn from it. His music is poetic .And Asa is also soulful , lyrical and she was the first female artiste to make us proud in the music industry .

Internationally ,my biggest mentor is Brandy and if you listen to my song, there’s a lot of Brandy’s influence in it .

My future in the industry

I wish to be a name that when you said Tolu internationally and nationally, people will know who you are talking about.

Challenges as an up coming act

There are  musical challenges for anyone because it goes beyond the talent which is to promote your songs, get it out there and people have to hear it  and all that cost money .

So as an up coming act,  it can be a little frustrating to get your good work out to the public for people to hear .But I thank God for my management Vintage Record and also my manager Rukky for their support

Even if everybody thought  you can’t do it keep doing it and one day people will hear you.

In north-east Nigeria, where 7.9 million people are in need of life-saving humanitarian aid, providing support through cash-based assistance has increasingly become a way to not only ensure that essential needs are met, but also to empower the most vulnerable to become self-reliant and participate in economic activities that boost local markets. More than one […]

My Food Bank, a national programme introduced to address the challenge of hunger in the country has inaugurated a branch in Jos, Plateau state.The the initiative was inaugurated nationally by President Mohammadu Buhari, in December 2018.Mr. Ali Maina, …