Like a magic wand at work, the city of Lagos is whipping into a frenzy; fans have stopped breathing since E.M.E announced it’s much anticipated Empire Mates Entertainment E.M.E all stars live-in concert scheduled to rock Lagos, Friday night.

The label says Wizkid, Skales, Niyola, Shaydee and the E.M.E king himself Banky W will take a stage on the island and own it. 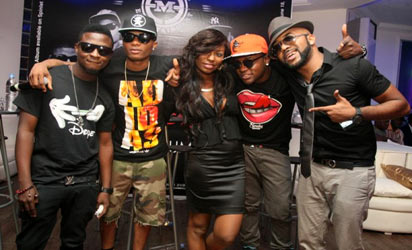 The show tagged The Baddest’, is produced by events company R28, and is the first in a set of big-budget concerts to be promoted by R28 and EME.

E.M.E will not be performing alone but wants fans to keep guessing till concert day; when the acts are unleashed before their eyes.

The show will round up E.M.E’s public engagements for the year as the Yuletide swings fully in on everyone.

Italian rescue workers have continued to search for possible survivors, using jackhammers and cranes to lift giant slabs of concrete from the Genoa highway bridge collapse.At least 38 people were killed when the bridge collapsed on Tuesday.As many as 2…

The Association of Senior Civil Servants of Nigeria (ASCN) has shut the National Commission for Mass Literary, Adult and Non-Formal Education (NCMLANE), demanding the removal of the Executive Secretary, Prof. Haladu Abubakar.The association which stage…