It is believed in many quarters that one of the cardinal keys to success in every field of endeavour in life is to learn from those who had succeeded in that particular field, or those who are currently succeeding in that same field.

Towards the preparation for FIFA World Cup in the year 1998, which was hosted by France, and was tagged France’98; the Coach of Les Blues as the French national team are popularly addressed, Coach Amie Jacquet took an unassumingly bold step and shocked almost the entire French football fans and the world when he announced the exclusion of the two most outstanding players from France then, in the persons of Eric Cantona and David Ginola. 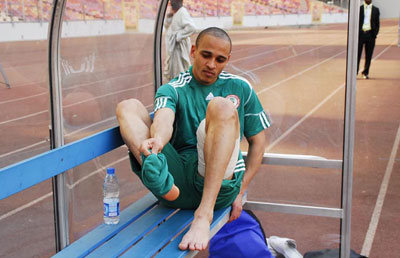 In fact, because of his unique role to the team, Sir Alex Ferguson allowed him wear a unique collar jersey which made his No 7 shirt outstanding. David Ginola on his part was a one-man-riot squad for team, Totteham Hotspurs. In fact, almost every stakeholder in Spurs looked up to Ginola in every matched as he was the catalyst needed to win during this time in Spurs. However, in face of all these qualities found in Cantona and Ginola both at home and abroad, Coach Jacquet said he was not interested in making them part of his team to France’98.

This was quite a surprise team, in that under every normal circumstances, Eric Cantona and David Ginola would had been considered before most of the players that made Amie Jacquet’s list for France’98. However, that was not to be as the Coach had his game plan to his chest and the quality of players he considered worthy of his team; what a way of being a gang-leader, and football and coaching is all about guiding gangsters, which is the basic way to achieving football success; if you are in doubt, please ask Jose Mouriho.

A clinical and critical look at les blues squad for France’98 reveals a well selected and blended team made of experience and mobility, home and foreign professionals, young and old players were moulded to play for one another rather than show casing individual skills.

Most of the players were making it World Cup level for the first time, yet the experienced ones were there to motivate and guide them while on the field of play. Little wonder France hosted and won the World Cup, and Coach Amie Jacquet became a hero against all odds.

Now, Nigeria seems to be treading the same path with France in that Coach Stephen Keshi in his preparation towards AFCON 2013 to be hosted in South Africa have decided to exclude some established Super Eagles players in the persons of Osaze Odemnwingie, Obafemi Martins, Taiye Taiwo, Obinna Nsofor, etc. and many football fans are calling for the head of Keshi, even when the tournament is yet started to at least to give us room to assess his selection and coaching ability.

Besides, it is without doubt an act of insubordination for some of these players rush to the media and began to throw stones at the coach as if he is an ancestral enemy. In the case of France, Eric Cantona and David Ginola did not at any time take a personal fight with Coach Jacquet nor with French country.

After all, in a tournament of 23 or 19 players, there is no how every players in Nigeria will be included in squad.it is just logical that some would be dropped. In some past tournaments some players were also dropped for these players to be included.

More over, the issue of players selection depends more on the type of coach in place, some coaches are conservative, hence would love to continue with players on hand whether they succeed or not is secondary; some others are adventural, hence would like to the risk no matter what, and in all these approaches, some one is meant to be stepped on.

During the time of Amie Jacquet, the French Football Federation (FFF) and the entire French football stakeholders of les blues gave the coach the needed support, after all, the French national football team were not even doing well before then, so why not give room for a change; and that change eventually transformed the les blues for years as they later became Euro Champions.

Just like France, we failed to make it to the last AFCON in Congo and Gabon, we did not do well in South Afica 2010, and our football is yet on the rise, why not allow Keshi tinker the team his own way, may be that will be the beginning of the new Super Eagles we are all clamouring for, who knows!

The leaders of Ethiopia and Eritrea announced on Sunday they would re-open their embassies, hailing a stunningly swift rapprochement between bitter regional enemies at their first summit since a war two decades ago.The two leaders personally symbolized…

Dr Ogbonnaya Onu, Nigeria’s Minister of Science and Technology, says Nigeria should join other countries and intensify efforts in studying the Atlantic Ocean for economic and climatic benefits.Onu gave the advice during the 5th High-level Industry-Scie…

An Agro-entrepreneur, Amos Agbo, says the Federal Government’s Anchor Borrowers’ Programme (ABP) had succeeded in empowering medium and smallholder farmers in the country.Agbo, who is the Managing Director of Farmnet, an Agriculture-based company in La…