Capital market operators have faulted the decision of the National Assembly to deny the Securities and Exchange Commission, SEC, funding in 2013, saying that this  is capable of crippling not just the capital market, but the entire economy.

Stockbrokers across various houses said it was unthinkable that the squabble between the SEC Director-General, Ms. Arunma Oteh, and National Assembly members could degenerate to the present level. 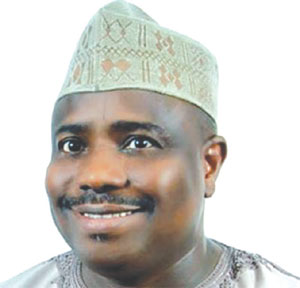 The National Assembly had on Thursday, while passing the N4.987 trillion 2013 national budget  ordered the withholding of funding for the Commission over its earlier decision to sever ties with Oteh following President Goodluck Jonathan’s insistence on retaining her as the DG of SEC despite calls from House of Representative for her removal.

They also ordered that no internally generated revenue from the commission should be used within the stated period.

Reacting to the development, market operators under the aegis of Association of the Stockbroking Houses of Nigeria (ASHON), said the issue should be resolved so as to avoid jeopardising the entire economy.

The Chairman of ASHON, Mr. Emeka Madubuike, who spoke on behalf of the operators, said starving SEC of funds means incapacitating the apex regulator of the Nigerian capital market.

He therefore, called for a dialogue between the National Assembly and Executive to amicably resolve the issue.

“The issues the National Assembly is talking about should be resolved with the Executive. We believe they are issues that could be resolved in the interest of the capital market in particular and economy in general,” he said.

He explained that institutions should be built and not individuals, noting that SEC is one of such critical institution that must be built.

His words: “If this issue is not resolved as soon as possible, we will have a situation where the capital market does not have a regulator. The clause in that bill is very strong and it means SEC cannot even move and nothing can happen, and this will not be in the interest of   the market. For us as market operators, we believe that this issue should be resolved very quickly one way or the other.

“The National Assembly   and the Executive need to sit down and the overriding interest of the economy must be upper most in their minds so that this market can continue on the recovery part. We have done a lot in the recent years and we are at a point where it looks as if the market is on the right track. Therefore, anything that will jeopardise that recovery is something that   will not augur well for us. That is the position we have as a body and trade group in the capital market.”

Also speaking, Alhaji Ola Yussuff, CEO, Trust Yield Securities, said the action was totally uncalled for, adding that if the problem is not quickly resolved, investors would get the impression that all is not well with the market. He lamented a situation where certain legislative or executive pronouncements like the one on ground takes the market a step backward each time there are signs of recovery.

“Come to think of it, no foreign investors will be interested in investing in a market where the apex regulator is incapacitated. This, no doubt will affect the supervisory role of SEC and its capacity to continue as a going concern,” he said.

The Federal Executive Council has approved the sum of N30.6 billion for the completion of anterior road within the Federal Capital Territory, (FCT) Abuja. Minister in charge of the FCT, Muhammad Bello disclosed this to State House Correspondents at the end of this week’s cabinet meeting, chaired by President Muhammadu Buhari. According to Bello, when […]

The Nigerian Stock Exchange’s All-Share Index as well as the Market Capitalization both declined at the close of trading activities on Tuesday.The NSE All Share Index dropped by 129.79 basis points or 0.46 percent to close on Tuesday at 27,820.57 basis…

The management of the Investments & Securities Tribunal (IST) has declared the resumption of court sittings in the Tribunal with effect from Wednesday 27th May, 2020. The Tribunal having resumed on Monday 4th May, 2020 following the directives of the President Muhammadu Buhari requesting all Grade Levels 14 -17 Officers as well as essential workers […]