They said it was time the Securities and Exchange Commission, SEC, began to monitor the activities of Tiger Brands to guard against capital flight and anti-trust activities that may emanate from the aggressive takeover bids by the company.

Tiger Brands had in September this year, announced that it has bought 63.35 percent equity stake in Dangote Flourmills, DFM, one of Nigeria’s largest flour and pasta producers. As part of the deal, the Dangote Group will retain 10 percent strategic stake in DFM, while Aliko Dangote will also remain chairman of DFM.

Tiger Brands had also spent whooping N30 billion, an equivalent of $190 million in its acquisition bid in DFM. Last year, Tiger Brands made its first two acquisitions in Nigeria when it bought biscuit manufacturer, Deli Foods and secured a 49 percent stake in UAC of Nigeria’s food and beverage businesses.

According to Wale Oluwo, Managing Director, Investment Banking, BGL Securities Limited, the worrisome thing about the acquisition is Tiger Brands’ preference for taking over already flourishing food companies, instead of setting up and managing their own companies from scratch.

He lamented that it was unbecoming of Securities and Exchange Commission, SEC, whose role it is to monitor anti-trust transactions not to have taken note of the disguised monopoly being created by the incursion of Tiger Brands into Nigeria

“The acquisition and any inflow of investment into the nation is a positive development for the companies, the industry and the economy as it represents foreign investment into Nigeria.  However, I would have been happier if Tiger Brands had used its cash to either set up their own new facilities like the telecom operators did or acquire and turn around moribund flour milling and food processing companies in Nigeria. 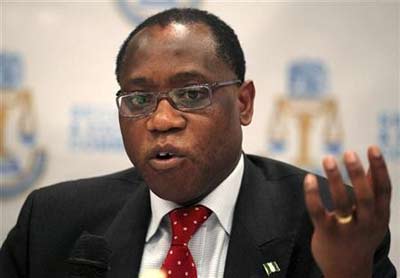 “Tiger Brand has shown a strong appetite for taking over our biggest and very best. The Securities and Exchange Commission, which regulates anti-trust issues in the economy, should start showing interest in the activities of Tiger Brands in order to prevent the emergence of a disguised monopoly or a restraint of competition, which may happen by the time Tiger starts to consolidate her interests in these companies they are acquiring,” he warned.

He observed that efforts should be made to guard against capital flight, saying, “What Nigeria should be concerned about at this time is to guard against capital flight through expatriate quota violation and over invoicing, particularly when these companies are importing raw materials and repatriating dividends/investments. If unchecked, it has the tendency to add to the pressure on the Naira exchange rate in the short and medium term.”

He remarked that the option of establishing their own companies as against acquisition would have engendered better competition, increased output/export and job creation for the nation.

Agreeing with him, Mr. Tola Odukoya, an analyst with Dunn Loren Merrifield, DLM, said the acquisition will not have any significant impact on domestic flour milling. “This is because the acquisition of Dangote Flour may be a backward-integration strategy for Tiger Brands with the aim of achieving greater cost efficiency in terms of their operations in UAC Foods given that the company’s products are largely flour-based.”

Odukoya, however, stated that in terms of prospects, the acquisition would increase the visibility of food manufacturing in Nigeria as other global brands may follow in Tiger’s footsteps given the inherent opportunities in Nigeria based on the sheer size of the domestic market.

For him, possible significant increase in output of both UAC Foods and Dangote Flourmill may lead to an increase in contribution to domestic output.

For Mr. David Adonri, CEO, Lambeth Trust & Investment Co. Limited, Tiger Brand’s acquisition of stakes in UAC Foods and Dangote Flourmill is foreign direct investment in  Nigerian economy which indicates positive development for the economy in general. He noted that in addition to the benefit of financial inflow, the foreign investor – Tiger Brands- would bring its distinctive competence in the industry to bear on the Food manufacturing sector in Nigeria.

Value addition to shareholders
All the stakeholders that spoke to Vanguard agreed that shareholders of the companies acquired by Tiger Brands are the ultimate beneficiaries as the deal would not only impact the financial performance, but also induce interest in their shares.

This, according to them would result in significant price appreciation, which, of course, investors would benefit from. In the words of Wale Oluwo, “The acquisition deal ordinarily should be beneficial to the shareholders if the valuation and acquisition price favours the legacy shareholders in the companies.”

Continuing, he said, “I expect the value of the shares to eventually appreciate when Tiger Brands unveils its plan for the acquired companies.”

Adonri explained that because the transactions were by way of sale of existing shares, the existing shareholders’ holdings remain undiluted, adding that additional foreign investments would strengthen the value base of the domestic companies.

“If the benefits attendant to these foreign investment translate into positive impact on the fundamentals of the companies, the stock market will react positively,” the Lambeth CEO stated.  Shareholders would be the ultimate beneficiaries of the additional value created in the companies in the years ahead, said Odukoya and the value created would obviously have a positive impact on the companies’ financial position and thereby drive appreciation on the stocks’ prices, and vice versa.

Reason for the acquisitions
Explaining the reason for its quest to take over Nigeria’s biggest and best companies, Tiger Brads said in an official statement that “Nigeria is a key strategic growth market in West Africa, the second largest African economy and one of the fastest growing economies in Sub-Saharan Africa with an estimated population of 160 million and projected average real GDP growth forecast over the next three years of approximately seven percent per annum.”

Tiger Brands also believes that the acquisition would add scale to its existing Nigerian businesses and allow it to take advantage of the market opportunities in Nigeria’s food sector.

The company said, “DFM is a market leader in both the flour and pasta market segment of the Nigerian consumer food sector with strong branding, production and distribution capabilities. DFM started its flour milling business in 1999 as a division of the Dangote Group.

“It is currently the largest flour milling company in Nigeria with a market share of around 30 percent; its share in the pasta market is approximately 40 percent. Tiger Brands is also confident that it can use its experience in the food sector to further develop and grow DFM.”

Thushen Govender, Head, Business Development, Tiger Brands, recently said in an interview that when deciding where to invest, Tiger Brands first performs an analysis of African countries by assessing the socio-economic environment, consumer-driven factors, GDP, GDP per capita and population among other things.

He noted that countries like Nigeria feature quite highly given their improving macro and socio-economic conditions. “Egypt and Ethiopia will feature highly because of their populations, and this is of importance to consumer-driven organisations over the medium to long term. If one were to consider growth alone, Angola, Ethiopia and Nigeria would all feature highly.”

Over the past few years, Tiger Brands has increased its foot print in the rest of Africa. In addition to Nigeria, it currently has operations in Cameroon, Ethiopia, Kenya and Zimbabwe.

Awka-Stakeholders operating under the aegis of Financial Inclusion State Steering Committee (FISSCO) have outlined strategies to boost achievement of the financial inclusion target in Anambra State.To achieve this, it has unfolded plans to hold Account…

The Economic and Financial Crimes Commission, EFCC, on Thursday, August 8, 2019, handed over a 13 bedroom, one-storey building and a basement, forfeited by the late Chief of Defence Staff, (CDS) Air Chief Marshal Alex Bade, to the management of North E…

$64b deals signed at Belt and Road summit

The China’s Belt and Road Initiative forum ended on Saturday with the signing of $64 billion deals and with more nations waiting to join.Chinese President Xi Jinping said Saturday that more nations would join the global infrastructure programme.Xi and …