My journalism role model, Nduka Irabor, a man of many parts, has once again come to the front bunner of football after six years since he attempted to help right the wrongs surrounding the game in our dear country.

In 2005, those who thought they owned football in Nigeria and should decide who sits at its helm, felt dissatisfied with Kano-born Alhaji Ibrahim Galadima, a man they could not hold any charge of corruption against and sought to truncate his ‘reign’.

The czar ruining Nigeria’s football at the time used then minister, Samaila Sambawa to thwart the efforts of Irabor, who organised a flawless election that returned Galadima as chairman but Irabor, known for his fortrightness stood his ground and his committee stated thus: “There was also proof that a quorum was formed before the election. The election was devoid of irregularities as alleged. It was based on this that all the allegations were all dismissed,” said the committee. 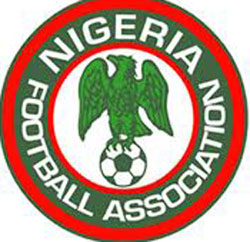 The latest is the Nigeria Premier League, NPL where Davidson Owumi was wrongfully removed as chairman of the Board and Rumson Baribote, who at the time of the mago mago election that brought him into ofice, was not a member of a Premier side as his club, Bayelsa United Football Club of Yenagoa, had been demoted to the lower division, so he had no constituency but the powers that be allowed it go.

Under Baribote, the NPL has been anything but well managed and the league is the worst for it. Ironically those (Club Chairman who claim they are owners) who shouted crucify Owumi, Baribote is our man, have come together to sweep away Baribote with the same broom they used against Owumi.

The Nigeria Football Federation, NFF which stokes the fire of discord in the NPL  masterfully organised Owumi’s removal and has constituted an interim management committee as approved by its congress which held in Port Harcourt last week.

Incidentally Irabor, whose effort the same cabal did not recognise in the 2006 election which gave Alhaji Galadima a second term, has been called upon to help put the NPL house in good order. The question is, will his effort be accepted this time around for the good of our league. I have my fears because, like they say, a leopard does not change its skin.

On the committee with Irabor are Nwankwo Kanu whose name opens doors in Nigeria, the reason he may have been included, not necessarily because of his administrative acumen. Mallam Salisu Abubakar, another known name in football especially in the league, is also on board but he has been part of the NPL, for good or bad in the past.

Shehu Dikko is another controversial name on board whose role in the inconclusive sponsorship deal that shook the foundation of the NPL cannot be ignored. His inclusion does not therefore elicit any cause for hope.

Former sportscaster, Modele Sarafa-Yusuf was part of Globacom, which was accused of not meeting its part of the sponsorship deal. Though the company also accused the NPL of not helping it get its sponsorship mileage by its poor organisation of the league. So what new thing can Sarafa-Yusuf bring to the table?

Much is not known of the other nominees’ involvement in the past crisis of the NPL so they can be given a benefit of the doubt but for Tunji Babalola, who served and is still serving as the interim secretary general of the NPL, he is part of the rot that the NPL is today, so no knew thing is expected from him.

That Irabor will do a good job is not contestable but the fear is the leeches know what they want and if Irabor’s style does not meet with their planned agenda, his effort, will like before, be thwarted and another square peg will be forced into NPL’s round hole and the circus show will continue to take our football further down the drain.

CAF award: Drogba robbed?
Since the days when Super Eagles midfield maestro, Austin Jay Jay Okocha lost the Glo-CAF  Africa Footballer of the year award to Moroccan, Mustafa Hadji, Nigerians have payed little respect to the award which has now been consistently awarded on sentiments by head coaches or technical directors of countries affiliated to the CAF.

In 1998, Okocha shown like a million stars in Nigeria’s woeful outing at the France’98 World Cup and did pretty well with PSG in the French Ligue 1 and deserved to be named the continent’s best but alas, Hadji whose country, Morocco was beaten by South Africa in the final got the award.

Again in 2012, which African player, playing at home, Europe or any part of the world did better than Didier Drogba for club and country? That Ivory Coast got to the 2012 Africa Nations Cup in Equatorial Guinea/Gabon final was mainly due to Drogba’s role as a motivator.

He crowned his effort in the year under review by almost single-handedly giving Chelsea their most cherished trophy ever, UEFA Champions League crown despite all the odds. Yet some group of coaches and technical directors sat somewhere and gave Yaya Toure the nod instead. What manner of judgement? The creased face of Drogba during the award ceremony told the story. That is despite his compatriot winning it. Methinks Dragba was robbed, pure and simple.

Former Nigerian winger, Waidi Akanni is worried that Super Eagles are experimenting less than 16 days to the kickoff of the 2013 AFCON in South Africa.
The Eagles, who start their Africa Cup of Nations campaign on January 21 against West African oppos…

The use of science, technology and innovation could help promote the use of urban agriculture to sustain food and nutrition security in African cities, experts say.The experts who specialise in agriculture, geography and urban planning say that urban a…

The Kenyan government on Wednesday issued a travel alert, warning citizens against travelling to several areas in South Sudan affected by inter-ethnic conflict in the last six months.The travel advisory applies specifically to parts of the Greater Uppe…