Abuja – The winner of the maiden edition of Hausa Reality Show which commences in January 2013, will go home with N2.5 million.

Hajia Habiba Ismai’l, the Executive Producer, Sarewa Africa and Habiba Gazelle Foundation, announced this at a news conference in Abuja on Wednesday. 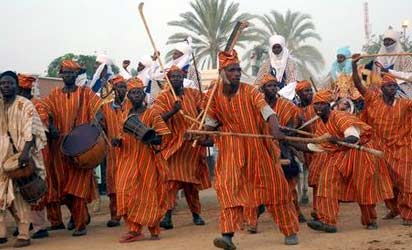 She said the show is aimed at encouraging the growth of Hausa language and promote the developmental potential of the youths.

Ismai’l said that the event, tagged `Sarewa Africa Television Project’, was timely since it is coming at a time when the country is yearning for youths’ development.

She said the show would showcase talents, adding: “Serawa Africa Television Project is a conscious dream that started over 24-months ago.

“The aim is to provide platform for talented youths to find their voice, express their talent and support them to build career in music and acting in Hausa.

“Hausa language is one of the most spoken in Africa. The show, therefore, proposes to encourage the growth of the language and promote the developmental potential of Kannywood,’’ she said.

She said that the show would cover music, social crises, romance, unity, non-violence, corruption, political stability and other developmental needs of society.

According to her, the competition has been segmented across the northern part of the country with event showcase in Port-Harcourt and Lagos.

Sen. Bello Maitama, who chaired the news conference, said the show would help to build the youths in the nation.

He described the show as a noble project worthy of emulation and support from all for the betterment of Nigeria. (NAN)

South Africa will tighten its mine safety regulations to hold mine operators accountable for accidental deaths in the industry, President Cyril Ramaphosa says.Safety is a huge issue in South Africa’s deep and dangerous mines and increasingly a focus fo…

Onitsha-Volunteers numbering no fewer than 24 started a COVID-19 outreach and sensitisation training in Onitsha on June 17. The volunteers known as “Wellbeing Ambassadors’’ were being trained to deliver `outreach and sensitisation programmes,’ for early prevention and mitigation of COVID-19 within the Onitsha community. A Medical intervention group — the Onitsha COVID-19 Response Team (ORCCRT) […]